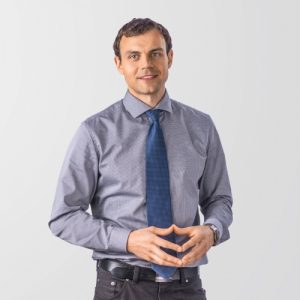 The biggest hopes for the future are focused on renewable energy, and Lithuania is no exception – this area has become one of the fastest-growing and developing in our country. Kaunas also has many opportunities to create innovative nature-friendly technologies because it is here that young talents are being nurtured, amazing solutions are constantly invented, research is carried out and a large number of companies and start-ups operate. On the outskirts of Kaunas, one of the most impressive projects in the sector will soon be implemented – a floating solar power plant at the Kruonis pumped storage hydroelectric power plant.

According to Mindaugas Bulotas, Head of the National Innovation and Entrepreneurship Centre of Kaunas University of Technology (KTU NIEC), the whole world, albeit in small steps, is moving towards renewable energy. “Just a decade ago, Tesla’s electric cars, hybrid cars or hydrogen-powered vehicles looked like a distant future. And the tiles or windows that convert solar energy into electricity looked like a science fiction movie script. Today, the importance and potential of renewable energy sources are recognized unanimously, so I will not be mistaken in saying that the demand for specialists in this field is enormous and career prospects are really promising,” Mindaugas Bulota, Head of KTU NIEC, says. According to him, Kaunas University of Technology pays special attention to the partnership with business in order to ensure the training of the necessary specialists and to look for science-based solutions for the development of this industry.

Ambitious and one of its kind in the region

After business and science joined forces, one of the most important projects in Kaunas region was born – an experimental solar power plant in the upper basin of Kruonis pumped storage hydroelectric power plant (PSHP). It is being implemented by Ignitis gamyba together with KTU. This floating solar power plant will be the first of its kind in the whole Baltic region and will stand out with its unique technical solutions. According to the initial vision of the project, the power plant structure will adapt to the changing water level of the basin, will be resistant to waves and ice. So far no one has implemented such a project on a freezing water body with a changing water level. The application of the project prepared by KTU and Ignitis gamyba was successfully evaluated by the Lithuanian Business Support Agency and the Ministry of the Economy and Innovation of the Republic of Lithuania and also received additional funding for the implementation of the project. Its initial stage is planned to be implemented by 2022.

The aim of this experiment is not only to evaluate the possibilities for development using the upper basin of Kruonis pumped storage hydroelectric power plant but also to test how this solution will be integrated into the current work of the power plant. The power plant is expected to enable the use of synergies between sunlight and water to provide the services necessary for the electricity system.

“We are pleased with the partnership with KTU, as the university plays an important role in this project in modeling an intelligent hybrid power plant based on integrated solar and hydropower, which not only produces clean electricity but also – if there is a need – has a place to store it while pumping water to the upper basin of Kruonis pumped storage hydroelectric power plant,” Rimgaudas Kalvaitis, CEO of Ignitis gamyba, says.

According to the company, it is planned to complete the procurement for the installation of a 60-kW floating solar photovoltaic power plant in the near future, and after signing the contract with the winner of the contest, it will be possible to reveal more details of this project.

By the way, the hydroelectric power plants in Kaunas and Kruonis managed by Ignitis gamyba are linked not only by the fact that they both use a renewable energy source – water – to produce electricity. The operators of these power plants are trained to work in both objects which are about forty kilometers apart. These specialists – some of them Kaunas residents – play a crucial role in managing power plants of strategic importance to the country, which not only optimally produce electricity but also ensure the stability of the energetics system.

Future standards are being set at the university

“This project is unique in that we have created a solution that combines several energy sources. We have used the characteristics of the university buildings in such a way that allows us to make maximum use of solar energy and create an opportunity to accumulate thermal energy, which we would later use for heating the buildings,” says prof. Saulius Gudžius, head of Department of Electronics Engineering at KTU.

According to the professor, everyone knows that energy is changing and energy supply will soon be different. And KTU, as a university, must be an example and a leader in future technologies, enabling learning under real conditions. “Through practice, we show our students how to seek change, develop, and implement innovations. After all, first and foremost, the university’s mission is education. By proving that such projects are real and can provide energy in the future, we help society to make faster decisions and contribute to climate change mitigation,” prof. S. Gudžius says.

The University is determined to continue to implement and develop alternative energy solutions. In 2021 the park of solar power-stations located on the campus will be supplemented by solar power plants installed in four buildings and it is planned to install three more by 2022.  It is estimated that such a complex solution will save the university more than 150 thousand euro per year.

Research in the field of renewable energy is also carried out in other departments of KTU. For example, in assessing the potential of solar energy, researchers at the Faculty of Chemical Technology in KTU, have been conducting research on the use of molecular self-assembly in solar cells for several years. A perovskite and a silicon-based tandem solar cell that converts 29,15 percent of photons into electricity, was created together with researchers from the Helmholtz-Zentrum (HZB) Research Institute in Berlin and the Center for Physical and Technological Sciences. This is a new efficiency record, as the efficiency of monocrystalline silicon cells, prevalent in the market, is only 20 percent. It was recorded by the Fraunhofer Institute for Solar Energy Systems CalLab. The material synthesized in KTU laboratories is not only more efficient but also significantly cheaper than the alternatives currently used in photovoltaic cells. The manufacturing license for the patented invention has already been acquired by a Japanese company, and negotiations are underway with several other foreign companies.

Deividas Trainavičius, the founder and manager of the successful start-up PVcase, also talks about the fact that the specialists trained in Kaunas are the cornerstone of innovative business development. Currently, there are thirty people working in the company, most of them from Kaunas.

Deividas, who has been in the solar energy industry for more than a decade, owned a consulting firm working with solar power plant designers and builders for a long time. “Throughout those years, we worked on projects worth over 10 billion euros. By observing and analyzing the processes, we noticed that as the market improves and solar power plants expand rapidly, it is becoming increasingly difficult to find favorable locations in the world suitable for their construction. Most of the flat, convenient stretches have already been used up, and the new solar power plants that are built on the ground are being raised to increasingly difficult conditions: onto uneven terrain, mountains, rice fields, and so on. Thus, by designing them in such conditions, the simplest tools on the market were no longer meeting the needs. That’s when the idea arose to create a tool with which we could design and optimize solar parks in a 3D environment, receiving extremely accurate calculations,” D. Trainavičius tells us about the very concept behind the emergence of PVcase.

According to him, there was no equivalent in the market for the product designed by Kaunas residents, so, based on their decades of experience and latest technologies, they first created a convenient tool for themselves, and then, seeing the market’s huge need for such software, decided to separate companies and establish a stand-alone PVcase and offer it to consumers.

The huge success of the decision is evidenced by the numbers: in a year and a half since its inception, the company already has over a hundred customers around the world.

“The first year was very successful for us: sales went up just a little over a million euros. This year we are accelerating and intend to double our sales. The team will also grow. We plan to grow to 50 people this year. For this reason, this summer we are moving to a new office in the Magnum business center,” CEO of the company says.

During the disaffiliation of the company, the necessary funding was attracted – half a million euros from the Practica capital and Contrarian ventures’ funds (the latter is managed by the Green Energy Fund of Lietuvos energija). “Why did the funds trust us and decide to invest without much persuasion? Perhaps after evaluating the essential strengths, seeing that we are not making a start-up for “testing” because we already have a working, tested product. Guarantees are also provided by our vast experience in solar energy and the deep expert value of the product,” D. Trainavičius says, adding that the investments were used for acceleration: faster and more experienced hiring of employees, expansion and further product development.

Dr Charlotta Sirén from Switzerland: KTU has the potential to be the MIT of the Baltic region

Separated by distance, united in celebrations: story of Lithuania and India

Dr Charlotta Sirén from Switzerland: KTU has the potential to be the MIT of the Baltic region

Separated by distance, united in celebrations: story of Lithuania and India

2020-03-09
We are using cookies to provide statistics that help us give you the best experience of our site. You can find out more or switch them off if you prefer. However, by continuing to use the site without changing settings, you are agreeing to our use of cookies.
I agree